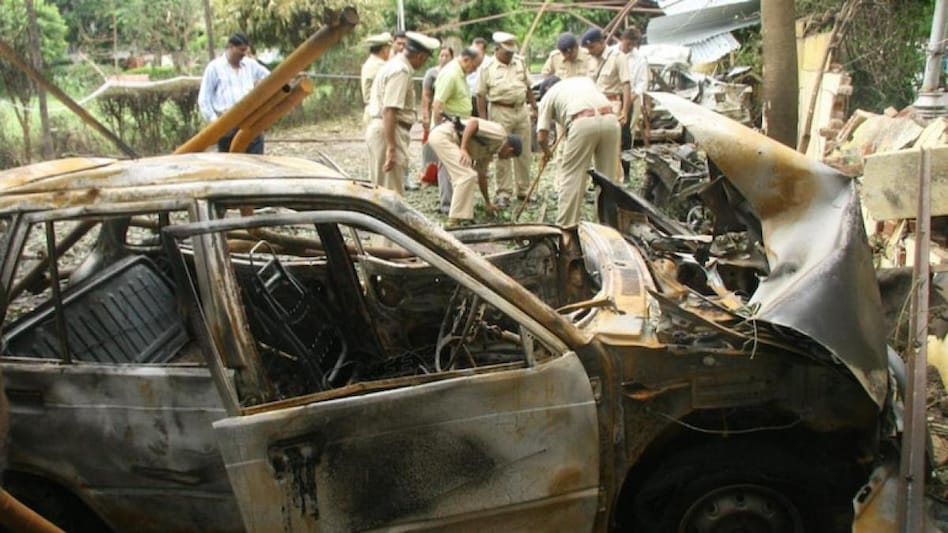 A special court here on Friday awarded death penalty to 38 convicts and sentenced 11 others to life imprisonment in the case related to the 2008 Ahmedabad serial blasts, which had claimed 56 lives and left over 200 injured.   The pronouncement of the quantum of punishment by judge A R Patel came nearly 14 years after the deadly blasts.   The court had convicted 49 persons and acquitted 28 others in the case on February 8.   As many as 21 explosions had ripped through the city on July 26, 2008 within a span of 70 minutes. In the over 7,000-page judgement, the court termed the case as the rarest of rare and ordered that 38 convicts in the case be hanged till death, while 11 others were awarded life imprisonment till death, public prosecutor Arvind Patel told reporters.   These 38 persons were convicted under the Indian Penal Code (IPC) sections 302 (murder) and 120B (criminal conspiracy) and provisions of the Unlawful Activities (Prevention) Act (UAPA). Eleven others were held guilty for criminal conspiracy and under various sections of the UAPA, he said.

The court imposed a fine of Rs 2.85 lakh on 48 convicts and of Rs 2.88 lakh on another one. It also awarded compensation of Rs 1 lakh to the kin of those who died in the blasts, Rs 50,000 to those who were seriously injured and Rs 25,000 to those who received minor injuries.   Those who were awarded death sentence include Safdar Nagori, Qayumuddin Kapadiya, Zahid Shaikh, Qumarudding Nagori and Shamsudding Sheikh.   All the convicts were present for the hearing via video-conference from eight different jails – Sabarmati central jail in Ahmedabad, Tihar in Delhi, Bhopal, Gaya, Bengaluru, Kerala and Mumbai.   “I can say that this is the case in which highest number of convicts were awarded death sentence. Earlier, in one case 26 people were given death case. But in this case the number is 38,” the public prosecutor said.   The court had concluded the trial against 77 accused in September last year. Out of 78 accused on trial, one had turned approver. The trial had begun in December 2009 against 77 persons linked to banned terror outfit Indian Mujahideen (IM).   Four more accused were arrested later, but their trial has not commenced yet, a senior government lawyer said.   Bombs had exploded at various spots in Ahmedabad, including the state government-run civil hospital, Ahmedabad Municipal Corporation-run LG Hospital, on buses, parked bicycles, in cars and other places, killing 56 persons. As many as 29 live bombs were also found in Surat in the next couple of days though none of them exploded. The trial was conducted after the court merged 20 FIRs of Ahmedabad and 15 FIRs of Surat.   The state government had transferred the investigation to the Ahmedabad crime branch, under the supervision of then JCP Ashish Bhatia, who is now serving as the Gujarat DGP. A total of nine different judges presided over the case, starting with Bela Trivedi, in whose court charges were framed against the accused on February 15, 2010. Justice Trivedi is now the judge of Supreme Court.   Special judge AR Patel, who handed over the judgement, started hearing the case from June 14, 2017.   Police had claimed that members of the IM, a radicalised faction of the banned Students Islamic Movement of India (SIMI), were behind the blasts. The IM planned the blasts as a revenge for the 2002 post-Godhra riots in Gujarat in which over a thousand persons, most of them from the Muslim community, had died, the investigators have said.

Source: https://www.businesstoday.in/latest/trends/story/2008-ahmedabad-blasts-death-penalty-to-38-convicts-life-imprisonment-to-11-323122-2022-02-18?utm_source=rssfeed
We use cookies to ensure that we give you the best experience on our website. If you continue to use this site we will assume that you are happy with it. Ok