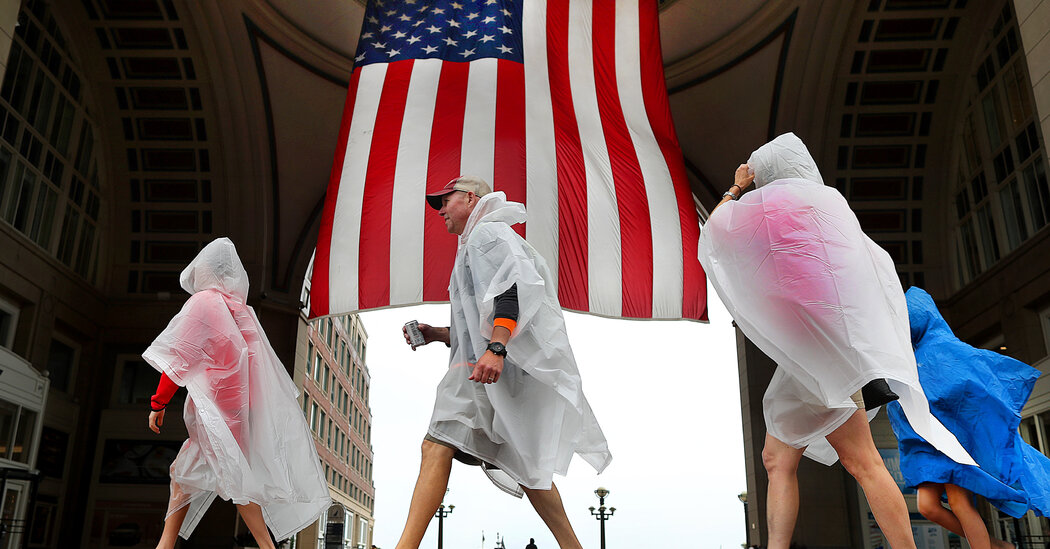 Along the West Coast, a cold front was expected to continue through the middle of the week. Dry conditions, coupled with low humidity and strong winds, would elevate the risk of wild fires. Wind gusts could reach up to 45 miles per hour in western Utah, the Weather Service in Salt Lake City said.

By early Monday, more than five million people in Arizona, Nevada and Utah were under red flag warnings, indicating increased fire danger. There were two active fires in Nevada, encompassing more than 2,000 acres. Dangerous fire weather was also predicted for a large swath of Alaska.

As families gather for cookouts and fireworks, high temperatures were expected in parts of the country. Nearly 30 million people in the Midwest and Central Plains were under a heat advisory on Monday, the Weather Service said. Portions of Kansas and Missouri could see heat index values climb to 107 degrees. Similar sweltering conditions were also forecast for parts of Arkansas, Kentucky and Nebraska. Hot weather in some locations was expected to continue through at least Wednesday.

“If attending outdoor activities on Independence Day, drink plenty of water and take frequent breaks in the shade or an air conditioned building,” the Weather Service said.

Meteorologists in Kansas City also advised that, as temperatures rise, people should limit their consumption of alcohol and caffeine and wear light-colored, loose clothing.

Source: https://worldnewsera.com/news/us-news/a-damp-independence-day-weekend-continues-for-much-of-the-country/
We use cookies to ensure that we give you the best experience on our website. If you continue to use this site we will assume that you are happy with it. Ok