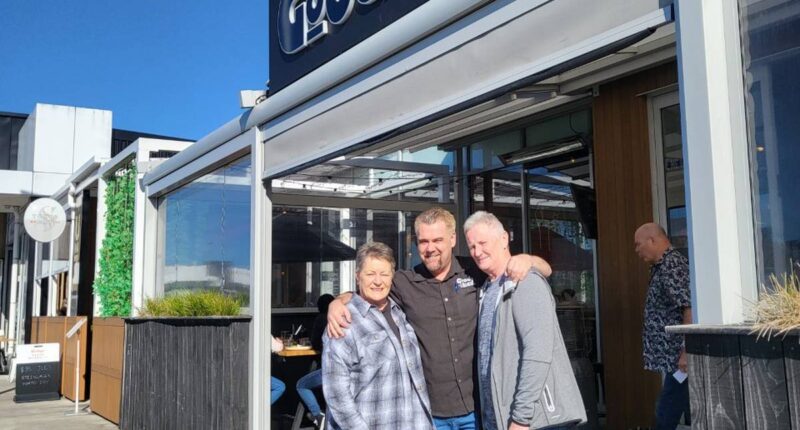 A Tauranga couple who have “vast previous experience of eating and drink copious amounts” jokingly handed a joint curriculum vitae to their favourite local bar – in an attempt to put a smile on the faces of those who work there.

Good Local owner Mark Lawrence said Claudia Shepherd and Christene Slater were a “lovely” couple and had been regulars for the past five years – eating and drinking at the joint between two and three times a week.

He said like most hospitality businesses at the moment it was a struggle to fill job vacancies and staff were regularly calling in sick, with winter illnesses circulating.

Lawrence said he had been advertising front-of-house job openings in person and online.

“They know the struggles we are going through to get staff. It was just really a bit of piss-take.”

He described the move as just “down-to-earth people having a good laugh” in light of the recent staffing issues.

He said the couple snuck a copy of the CV in his drawer in an envelope marked ‘confidential’.

“I just pissed myself laughing, to be fair,” he said.

The front page of the resume was titled ‘Curriculum Vitae for Claudia Shepherd Christene Slater -Brace Yourselves’. It also included a smiling selfie of the couple dressed in bow ties.

“We are two ladies who have masses of lived life experience. We have risen to the pinnacle of our professions and feel it is only fair that another business gets to experience the awesomeness which is us,” it said on the second page.

“We are able to effectively critique new menus and new beverages drawing on our vast previous experience of eating and drinking copious amounts.”

“Combined, we have had 90 years [of] experience of drinking and eating out”.

In the education section, it said: “too extensive to list here but we can read and write. Maths is a bit dodgy, but that’s what calculators are for”.

Other skills included a “finely tuned BS meter, excellence in emptying bottles and cleaning plates” and great at talking loudly to old people, and an ability to smile even when we don’t mean it”.

Lakes resident Claudia Shepherd was thrilled that the CV had put a smile on the faces of Good Local staff members.

“The guys work hard and we just felt they could do with a bit of a laugh. So we did it and dumped it without any of them seeing it,” she said.

“Life is short – we are here for a bit of fun. Everything is so serious with everything that is going – we just thought it was funny.”

She said it took them about half an hour to craft the detailed CV – which included a letter of recommendation written by ‘Irma L. iar’.

“We were just sitting around having a couple of drinks and thought it might be funny to apply for the job.”

Source: https://247newsaroundtheworld.com/news/couple-hand-in-joke-cv-at-their-favourite-local-eatery/
We use cookies to ensure that we give you the best experience on our website. If you continue to use this site we will assume that you are happy with it. Ok