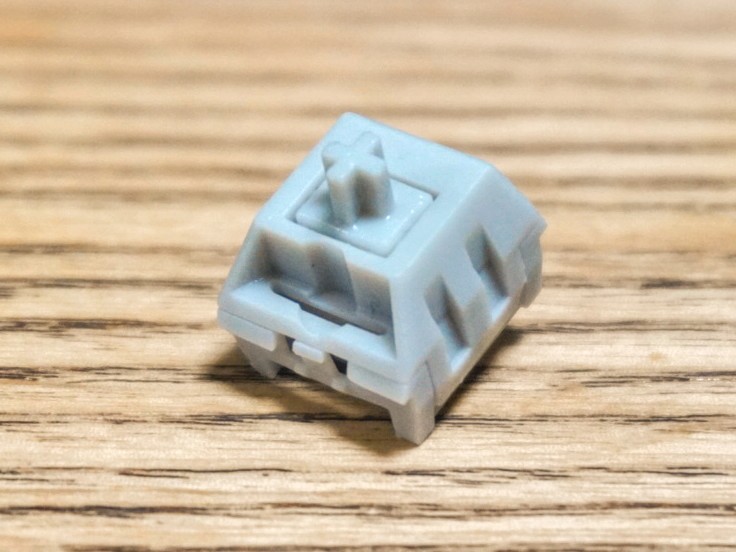 Cherry's MX switches are the most well-known in the mechanical keyboard world, and countless other brands mimic the switches' iconic cross-stem design to deliver tactile typing. Now, a magnetic twist to the Cherry MX style has resulted in a 3D-printable mechanical switch with an adjustable actuation point.

Recently shared via Github by a user named famichu and spotted by Hackaday this week, the homegrown MagLev Switch MX is a 3D-printable switch with Cherry MX Red-like linear travel. With the familiar cross-stem design, the switches are compatible with any keycaps that would fit on a Cherry MX switch.

But instead of using a spring in each switch for actuation, like Cherry's switches, the MagLev Switch MX uses a neodymium magnet in the stem and another in the bottom housing, with a Hall-effect sensor in between. 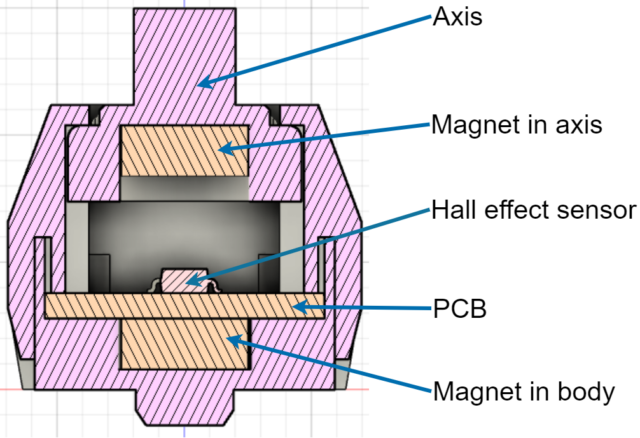 Hall-effect sensors identify the location of a magnet by measuring the displaced electrons in a magnet's electromagnetic force. When a key with a MagLev Switch MX is pressed, the Allegro A1204 Hall-effect sensor senses the change in magnetic force, resulting in an input. As noted by Hackaday, the shared PCB schematics point to the sensors' output being "used to trigger MOSFETs on each row" when a switch is pressed.

Similar to other Hall-effect switches, like those used in the Wooting Two He or SteelSeries Apex Pro, famichu's switches have an adjustable actuation point, meaning you can choose how far you have to press the switch before it registers an input. The maker shared a "sample numeric keyboard" with a knob that lets you change the switches' actuation point, though the aforementioned keyboards adjust actuation with precise measurements via software. 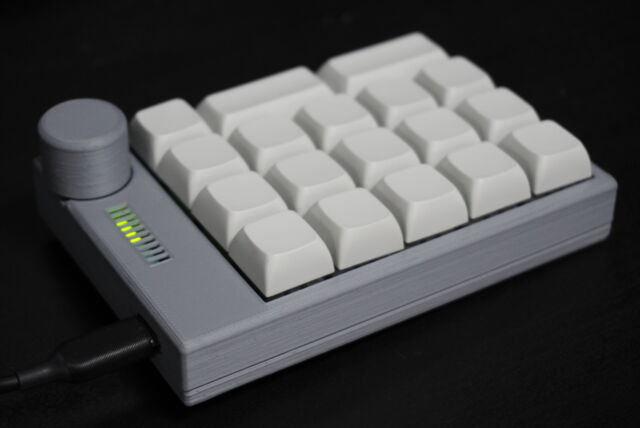 But while you'd have to go to a retailer to pick up a prebuilt keyboard with mechanical switches offering adjustable actuation points, famichu provided what you need to make the MagLev Switch MX at home with 3D printing. The maker recommended an SLA or DLP 3D printer to make the switch's body.

Source: https://arstechnica.com/?p=1832738
We use cookies to ensure that we give you the best experience on our website. If you continue to use this site we will assume that you are happy with it. Ok