African countries are pushing for the UN’s top rights body to launch a high-level investigation into “systemic racism” and police violence in the United States and beyond, according to a draft resolution seen on Tuesday by AFP.

The text was being circulated to diplomats for consultations ahead of a so-called urgent debate on the topic at the Geneva-based United Nations Human Rights Council on Wednesday.

The debate was called for following unrest in the United States and elsewhere over George Floyd’s death in police custody.

In the draft resolution, the African group strongly condemns “continuing racial discriminatory and violent practices perpetrated by law enforcement agencies against Africans and people of African descent and structural racism endemic to the criminal justice system, in the United States of America and other parts of the world recently affected.”

The draft resolution, which could still be revised before it is tabled later on Tuesday, calls for the establishment of an independent international commission of inquiry (COI) – one of the UN’s highest-level probes, generally reserved for major crises like the Syrian conflict.

The commission, the text said, should “establish facts and circumstances related to the systemic racism, alleged violations of international human rights law and abuses against Africans and of people of African descent in the United States” and elsewhere by law enforcement agencies, especially those incidents that resulted in the deaths.

The aim, it said, should be “bringing perpetrators to justice”.

The investigators should also probe “the federal, state and local government responses to peaceful protests, including the alleged use of excessive force against protesters, bystanders and journalists,” it said.

It urges the US government, as well as governments in other relevant countries, to “cooperate fully” with the COI, which it said should present its findings to the rights council in a year’s time.

The text also calls on UN rights chief Michelle Bachelet to include updates on police brutality against people of African descent in the United States and elsewhere at each future council session. 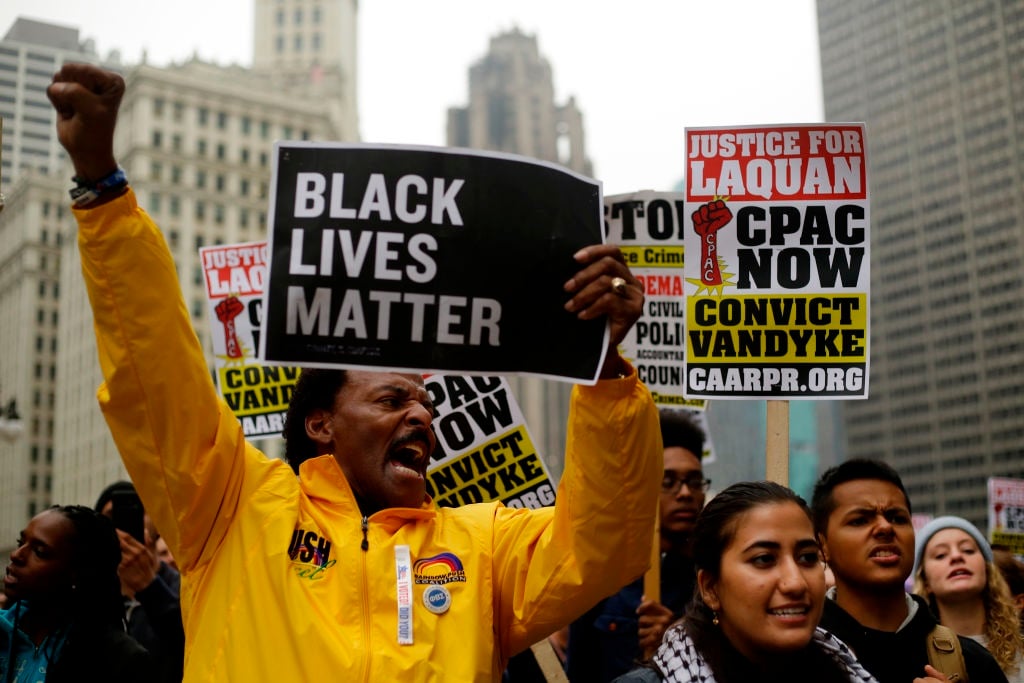 A protest against racism in Chicago in the US. Black Lives Matter solidarity in Joburg hosted a vigil for the women who died at the hands of men, as well as in solidarity with George Floyd, who was killed by police in the US.

The final text must be tabled at least 24 hours before a vote by the rights council’s 47 members on the resolution, which is due to happen following the urgent debate scheduled to begin at 13:00 on Wednesday.

The urgent debate was requested in a letter last week from Burkina Faso’s ambassador to the UN on behalf of Africa’s 54 countries, and was accepted on Monday when the council resumed its 43rd session, which had been interrupted in March due to the coronavirus crisis.

Both the letter and the draft resolution make reference to the killing of Floyd, a 46-year-old black man who died in Minneapolis on 25 May after a white police officer, who has since been charged with murder, pressed his knee on his neck for nearly nine minutes.

His death, which was caught on video and has sparked massive protests across the United States and around the world, “is unfortunately not an isolated incident.”

“Many other cases of persons of African descent (have) faced the same fate because of their origin and police violence,” Burkina Faso Ambassador Dieudonne Desire Sougouri told the council on Monday.