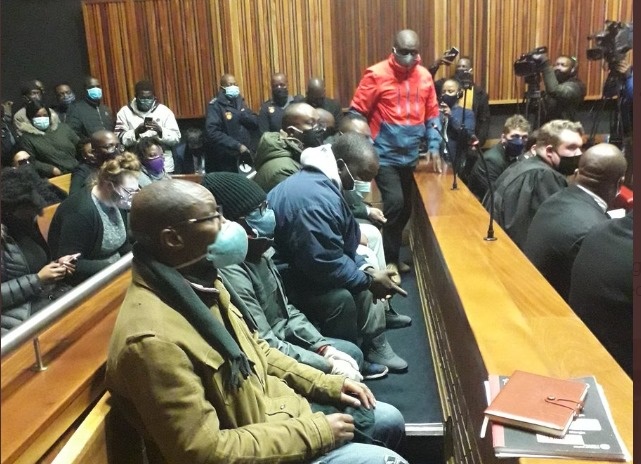 The Hawks and the National Prosecuting Authority (NPA) have revealed that more individuals linked to the looting of about R2.2 billion from the now defunct VBS Mutual Bank could be arrested soon.

Hawks spokesperson Brigadier Hangwani Mulaudzi said more arrests are coming and “that is a fact”.

However, Mulaudzi did not want to reveal who the next targets were.

He assured the nation that more people will be arrested in connection with one of the country’s most widely publicised looting scandals.

“We don’t want to point fingers now. Investigations will lead us to those we believe have been involved in the looting of the bank. We don’t have the number of suspects we are targeting, but there is a lot of people we have to look at.

“There are companies that we believe have benefitted illegally and others who got things in a wrong way. There will be directors of companies and people that we will be bringing in. We can’t confirm nor deny if our investigations include the EFF leaders,” said Mulaudzi.

He said they were also investigating all municipalities that had deposited money into the bank.

“We are still busy and there is a lot that has to be done. With this case we are hoping that it is sending a good message to the public. We have worked very hard that this matter comes to court today.

“This is the first leg of our investigations and there are other legs coming. We are hoping that the country will take us into their confidence because we are taking all these matters seriously, hoping to get a good outcome,” said Mulaudzi.

So far, seven people have appeared in the Johannesburg Specialised Commercial Crimes Court sitting in the Palm Ridge Regional Court.

The eighth accused, former VBS chief financial officer Philip Truter, did not appear in court because he was in quarantine due to Covid-19. He will need to lodge his own bail application.

Magistrate Brian Nemavhidi warned the accused to surrender their passports and not to apply for new ones. He also asked them not to interfere with witnesses.

NPA spokesperson Sipho Ngwema said a lot of good work had taken place in the background, and critical evidence had been collected.

He also promised that all necessary instruments would be used in terms of the law to recover some of the stolen money.

“The Asset Forfeiture Unit is following activities very closely. At the appropriate time, they will have to strike and do what they have to do.”

Ngwema said the State was ready to prosecute the matter.

“The State is ready, and we can start tomorrow. We have to take into account the new evidence that we have found, but that will assist in the other legs of the investigation. It is going to be a long journey.”

“We are biting this big elephant by chunks. From this, we will move to other legs. We are investigating concurrently, but this particular leg is ready to go on trial. What we don’t want to do is to give a running commentary in terms of how the legs are progressing.

“Our actions will speak for themselves. We will come to court when we have taken a particular action, or if it is a search and seizure operation,” said Ngwema.

The case was postponed until 8 October.