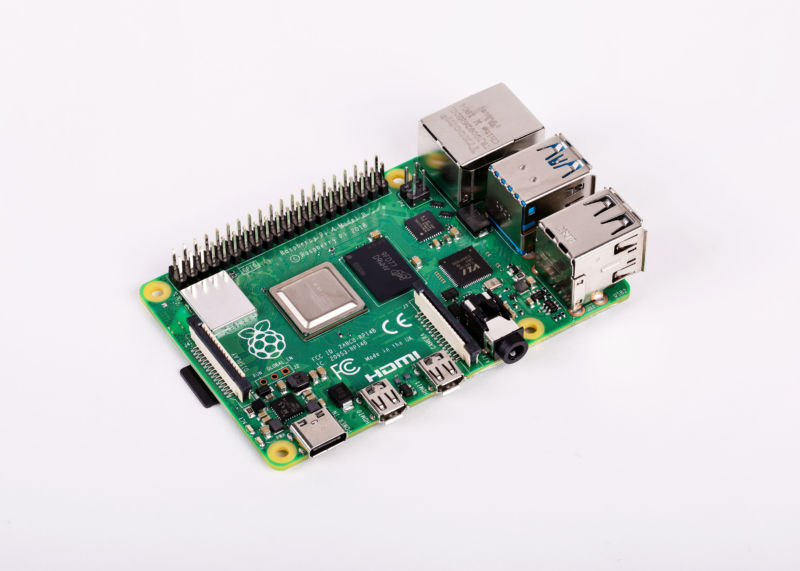 Beta bootloader is available now, will roll out to all Pi 4 boards later.

Setting up a Raspberry Pi board has always required a second computer, which is used to flash your operating system of choice to an SD card so your Pi can boot. But the Pi Foundation is working on a new version of its bootloader that could connect an OS-less Pi board directly to the Internet, allowing it to download and install the official Raspberry Pi OS to a blank SD card without requiring another computer.

To test the networked booting feature, you'll need to use the Pi Imager on a separate computer to copy an updater for the bootloader over to an SD card—Pi firmware updates are normally installed along with new OS updates rather than separately, but since this is still in testing, it requires extra steps.

Once it's installed, there are a number of conditions that have to be met for network booting to work. It only works on Pi 4 boards (and Pi 4-derived devices, like the Pi 400 computer) that have both a keyboard and an Ethernet cable connected. If you already have an SD card or USB drive with a bootable OS connected, the Pi will boot from those as it normally does so it doesn't slow down the regular boot process. And you'll be limited to the OS image selection in the official Pi imager, though this covers a wide range of popular distributions, including Ubuntu, LibreELEC, a couple of retro-gaming emulation OSes, and Homebridge. For other OSes, downloading the image on a separate PC and installing it to an SD card manually is still the best way to go.

It's nice to see the Pi pick up new capabilities like this—it's reminiscent of Apple's Internet-based recovery service, and it's something that many Windows PCs still can't do despite their modern feature-rich UEFI bootloaders (presumably in part because of licensing restrictions). There's no word on when the network boot feature will exit beta and become generally available for all Pi 4 boards, but it will presumably happen in the next few months.

If you want to revert to the stable version of the bootloader, or if you're looking for step-by-step details about installing the bootloader or downloading the Pi OS over a network, the Raspberry Pi Foundation's documentation is here.

Source: https://arstechnica.com/?p=1832496
We use cookies to ensure that we give you the best experience on our website. If you continue to use this site we will assume that you are happy with it. Ok