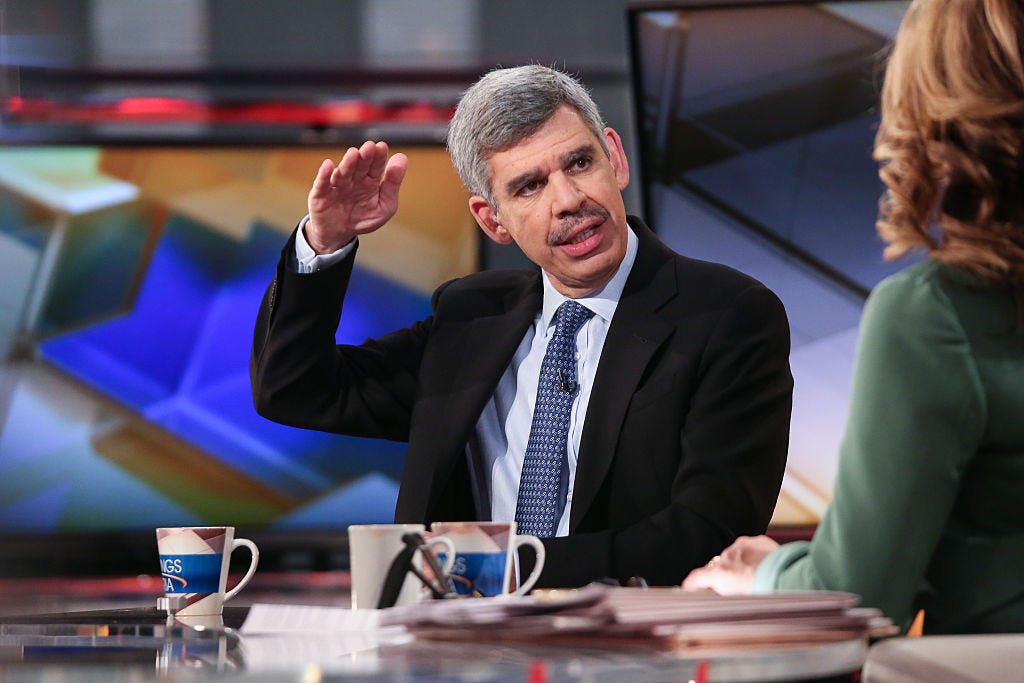 In an interview with CNBC on Tuesday, famed economist Mohamed El-Erian warned that watchers of the global economy should not just be worried about “zombie companies,” but also about “zombie markets.”

Zombie companies are those that can only really afford to pay off the interest on their debts, but not the debt itself, leaving them unable to get out of financial trouble, and forcing them to exist in a sort of fugue state.

Historically-low interest rates have kept a number of such companies adrift, with CNBC reporting that more than 2 million people are employed by corporate zombies.

“They eat away at the dynamism of an economy, they misallocate resources and they eat away at productivity,” he said. “So you may be keeping them alive today, but it comes at a cost.”

El-Erian said that the market has not yet reached a “zombie” state but could be close, warning that such markets are not only “completely mispriced” but also “completely distorted.”

A so-called zombie market, El-Erian said, would be unable to accurately allocate resources.

They would occur, if markets continue to expect the Federal Reserve and other central banks to inject endless capital. “There is a policy view that you need to subsidize everything in markets for now.”

“I think we’ve got to be careful about zombie markets,” he said. “We’re not there yet, but we’re starting to get close.”

Read More: Famed short-seller Andrew Left breaks down why he’s betting against these 4 companies — including Hertz and Tesla competitor Nikola

The economist, who has authored a book called “The Only Game in Town: Central Banks, Instability, and Avoiding the Next Collapse,” said recent Federal Reserve actions have produced a “win-win” situation for the stock market.

On Monday, the US central bank declared it would begin purchasing up to $250 billion in individual corporate bonds to support liquidity and credit for big employers.

After first revealing its plan three months ago, the Fed said it would also tap $25 billion in funding assistance from the Treasury, set aside by the CARES Act, to keep the financial system running.

The Fed’s enterprising actions helped markets erase losses earlier in the week, and US stock indexes opened higher on Tuesday.

So far in 2020, the Fed has announced more than $3 trillion worth of monetary policy stimulus to protect markets, adding corporate debt to its balance sheet for the first time.

“The market feels very strongly that it basically is holding the Fed hostage.”